Sarracenia leucophylla var. Tarnok is a typical White-Top Pitcher Plant in all ways, except the flower. The blossom produces a dramatic green and red whirl of petals and sepals, that resemble a cheerleader's pom poms. It is of medium height with classic stained glass venation. White areoles (windows) dominate the upper portions of the tubes which attract many flying insects. Tubes develop nice red color in the summer. As with other S. leucophylla, it shows a preference for very wet, even water-logged areas. It can easily form colonies with each plant having 8 to 12 pitchers. It is showy in the Spring, but especially in the Fall when other pitcher plants dwindle. Trumpets tolerate light frost, but do not overwinter. The large green and crimson infertile flower is a dramatic whirl of undifferentiated sepals and petals. The flower lasts all year long. They generally bloom from March to April before the pitchers fully develop. This variety is named in honor of Coleman Tarnok who discovered it in Baldwin County, Alabama in the 1970s.

Plants are shipped bare-root, wrapped in damp sphagnum moss. In it's dormant season, it will be shipped as a dormant rhizome with trimmed off pitchers. Photographs are representative of the cultivar, and not the specific plant shipped.

This sarrencia came in great condition, and looked very healthy. I’ll attach some pics so you can see for yourself. 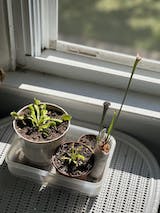 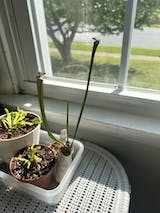 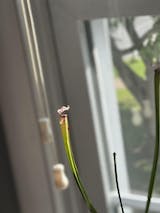 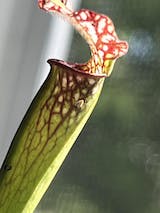 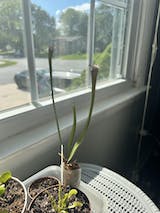 B
Brian Bastarache
Large and Gorgeous

All of the plants that I ordered arrived looking great. I cannot wait for the growing season.

Plant was received quickly and in very good shape. I’ve not had it long enough for leaves to emerge, but it is making progress. I called first and got very good advice. Very satisfied.

Loved the flower that bloomed last spring. This is a beautiful sarracenia leucophylla. It has started to take off in growth. See pictures... 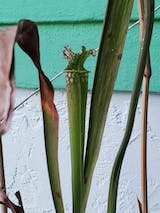 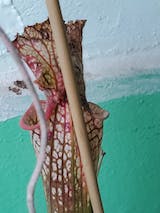 Ease to Grow: Easy Dormancy: Recommended Native Range: Wet Pocosins of the Gulf Coast from Georgia to the Mississippi Delta Zones: 7-9 (6-10) The W...